Factors That Impact the Feel of Golf Clubs 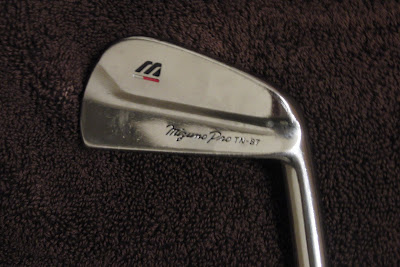 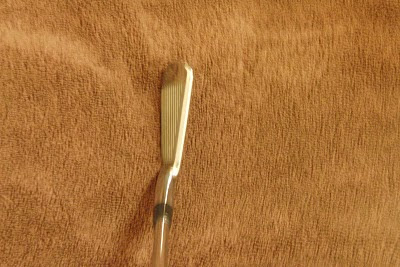 The ‘lure’ of these irons are that they are supposed to have a much softer feel because underneath the chrome is a ‘copper underlayment’ that was more expensive and today’s OEM’s now use a nickel underlyament beneath the chrome to save money.

I posed this question to world renowned clubmaker Tom Wishon (www.wishongolf.com). And here’s his statement on the subject.

It was customary for forged irons made before the 1960s to undergo a plating process in which copper was electroplated first on the raw head, then the chromium was plated over the copper to fully finish the plating job. This was done chiefly to help ensure that the chromium plating would adhere to the head and reduce the chance for peeling. It had nothing to do with trying to affect the impact feel of the heads.

After the 70s it was discovered that plating nickel first followed by the chromium did the job OK so the copper step was dropped. This was done largely because plating companies simply had more jobs that required nickel plating in some form over copper, so it was more cost effective for them to switch away from the copper plating to do it with nickel plating. – Tom Wishon

Having been profusely involved in all areas of head design since 1986, I have come to the conclusion that if I had a dollar for every myth or statement like this that has circled around a club model one way or another the golf industry, I would have a pretty good addition to my bank account.

Mizuno has a marketing campaign they embarked upon a couple of years ago regarding their forged irons in which they say they forge the irons with a grain flow that allows them to have better feel. because MIzuno has a lot of tour use and a lot of image surrounding their forged irons, this marketing statement has been picked up by golfers and perpetuated. Same for other things regarding the so called feel of forged irons, so this copper plating thing is just another one in my opinion, mainly because I don't know of any forging companies using copper as the base plating.

Back between late 2001 and through most of 2002 before I decided to start my own company I had the opportunity to work as a production consultant for one of the larger forged iron head factories in the golf industry. This factory has made heads for several of the big companies, including Nike, Taylor Made and even being a back up second source for a couple of Mizuno's forged ironhead models.

No copper plating was ever done because the plating sub contractor simply did not do enough copper plating on other non golf products to even offer it as one of their services. Nickel was strictly used as a base plating. – Tom Wishon

So, do clubs actually feel softer than others or is it just in the golfer’s head?

I think the primary reason why one will be able to tell the difference in feel comes down to the steel being used in the irons. Here’s a few of the typical types of steel used in irons

There’s other steels out there that can be used, but those are the primary ones.

And as I mentioned in my Cast vs. Forged blog post, *if* a club is made from the same steel, you will not notice a difference in feel if it is forged or cast. However, none of the steels listed as 10XX can be cast. Most of the typical 10XX steels used in forged clubs IMO feel softer than the 8620 carbon steel which is the soft steel for a cast club.

But if you look at the steels that start with the digits 10XX, the lower the number, the softer the steel.

Scratch Golf makes their clubs from 1018 carbon steel. To my knowledge, this steel has never been used before in irons or wedges. The softest steel used was 1020, which companies like Hogan, MacGregor and Wilson Staff used for years. I will say this, I personally feel that my old vintage Hogan’s feel softer than my 1025 steel forged Mizuno MP-62’s. And I was recently hitting the new MacGregor VIP irons which have 1020 carbon steel and they feel softer than their competitors who use 1025 carbon steel.

There has been some controversy about whether or not Scratch utilizes 1018 carbon steel or not. I plan on giving their irons a try at the upcoming PGA Merchandise Show and coming back with my thoughts on their performance and feel.

I believe the shaft plays as big of a factor as anything when it comes to the softness and feel of an iron. It’s probably been about 12+ years since I’ve hit the Dynamic Gold Sensicore shafts, but the consensus is that it does dampen the vibration noticeably enough.

However, one trick I’ve been told that works even better is to get a clubmaker to insert a small wooden dowel at the hosel which helps dampen vibration even more.

I personally like the feel of the KBS shafts. They are stiffer at the tip end of the club shaft and I wouldn’t necessarily say that makes them feel softer, but it feels better for me because it feels like there is more force going thru the ball in the impact interval. The only thing that scares me off about the KBS shafts is their high launch, but they are coming out with a new shaft in 2011 that has a lower launch to them.

I think the grip can help to a certain degree, although is a lesser factor than the steel being used in the clubhead and what type of shaft is being used. I found Lamkin’s new 3Gen Grips to provide a nice feel when struck, but I prefer the friction of a cord grip and they don’t make a cord 3Gen grip at this moment in time.

Here’s some other grips I’ve heard good things about:

I think the grind of the club is also very important to how the club feels to a golfer. If you tend to take big divots, you probably won’t like the feel of an iron with a thin sole and little bounce angle. And vice versa.

The feel is important to some people and less important to others. But if you’re looking for feel, I find that these are the key factors.

The best way to go in order to choose the right golf clubs have to go to a store specializing in golf clubs. These stores are devices that can help identify the specific needs of the club. First of all, your height and arm length affects the length of the rod you need a golf club. To be able to comfortably handle the ball every time. If clubs are too long or too short this could be a part of the problem. Additionally, selecting the right kind of significant impact on its axis in the game.