I’ve been working on 2013 Pro Golf Synopsis and have not had a lot of time to do work on the blog. Over the past few months I’ve been writing on the GolfWRX message boards about MOI matching and I’ve received more questions. So I thought I would write about them here.

What is MOI matching?


How does measuring the MOI of the club head measure the heft of a club?

The main reason is that it does not account for the total weight of the club. There’s also no scientific backing behind using a 14-inch fulcrum. And outside of the digital swingweight scales, I would not trust the accuracy and precision of swingweight scales. I’ve seen them come up with all sorts of different measurements.

The main point is that it does not account for the total weight of the club and therefore things like making the grip 10-grams heavier will make the swingweight lower, but does not accurately depict the heft of the club as the club is actually heavier to swing with a heavier grip.


Is getting the proper heft of a club really that important?


I don’t understand how MOI matching will improve impact dispersion?

So, imagine if you were swing a club that weighed roughly the weight of an alignment stick. You would find that you apply too much force in your swing for that particular club which is incredibly light. Your odds of making good, solid contact will lesson. Conversely, if you had a club that weighed as much as a sledgehammer, your swing does not apply enough force and again, it would be difficult to make good, consistent contact.


How do I measure a club’s MOI?

The best way is to get a MOI Auditor Machine. 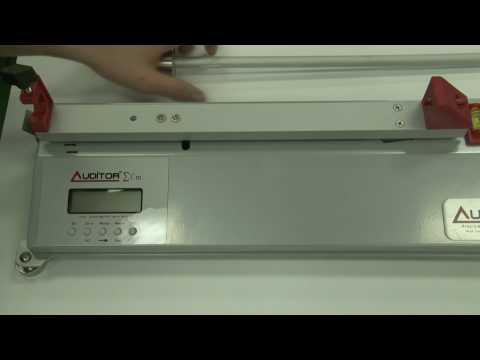 There is a formula for measuring MOI, but I’m a bit more skeptical of its accuracy. I’ve seen some readings that do not seem probable.

If you can’t afford a MOI machine, I would look for club fitters that are ‘MOI certified’ or that match for MOI.


I don’t understand what the measurements mean?

The MOI number is kg/cm^2; meaning that it is kilograms divided by centimeters squared.

The number will typically range from 2,450 to 2,850 for irons. A bit higher for woods. The higher the number, the more heft the club has.


How does one fit for MOI?

I take the following tools:

For irons I usually take a 6-iron. I do not want any extra weight added. In fact, I want the MOI of the 6-iron to be as low as I can get it. We fit for MOI *last*. That means that the lie angle, length, grip, shaft, club head, etc have all been fitted, first.

Put a strip of impact tape on and hit 3-5 balls. Remove the strip and put it on the notepad.

Put a new strip of impact tape on. Now, put a 1-gram strip of lead tape on the head. Hit 3-5 balls. Look at the impact tape and place that on the notepad (you’re trying to look at the progression in impact dispersion).

Put a new strip of impact tape on and another 1-gram strip of lead tape on the head. Hit 3-5 balls.

Then, DO NOT REMOVE THE LEAD TAPE. You will need to take the club and measure the club’s MOI.

From there, you will know your optimal MOI and can build your set accordingly.


I was told you can only MOI match Wishon clubs. Is that true?

No, that’s categorically false. Any club can be MOI matches.


What is done to MOI match a set of irons?

If one is only MOI matching, the basics are they add or subtract weight to the head. Some people can do this simply with lead tape. Some use hosel weights. I prefer lead tape because if I have to change something I don’t need to disassemble the head and try to remove the hosel weights which can be a real pain.

If you have to subtract weight, then you likely have a problem. It’s always more difficult to remove head weight than to subtract it. Unless you have a weight port on the head like you see in some of the Taylor Made heads.


If I were to MOI match a set of irons and then measure the swingweight for fun, what would happen?


Can’t I just make a set of clubs with progressive swingweight?

It could be done. The general consensus is that the swingweight should progress in 0.7 increments. However, good luck finding a method to accurately measure that. And I have found that the 0.7 increment theory isn’t exactly true. I’ll find some irons that come close to that and others that are different. As far as the MOI Auditor Machine goes, it’s not cheap ($450), but it’s easily the best money I’ve ever spent on ANY piece of golf related technology.


Can I MOI match my driver?
Not exactly.  The driver, hybrids and fairway woods will require heavier MOI than the irons and wedges.  This is because of a few factors:

1. The shafts are often completely different.

2. The head designs are different.

3. The shaft lengths are very different.

We typically see drivers at 45" long and 3-woods at 43" long.  They will have lighter graphite shafts.  This just simply requires a heavier MOI than the irons.

The process for fitting for MOI for the driver, fairway woods and hybrids is still the same.  The only difference is that you will not get as tight of an impact dispersion during the fitting process.  That's because these are longer, lighter static weight clubs swung at higher speeds.  When you fit for MOI, the impact dispersion will get tighter, but it won't be as tight as the 6-iron.

Still, it's an extremely beneficial process.


How come none of the OEM’s do this?

Well, there is a rumor going around that a major OEM is going to take a stab at doing this. The reason for the lack of it is simple, it would be extremely difficult to pull off for the masses and be cost effective. I think it could be done with the weight ports that Taylor Made has done with their Tour Preferred MB models. Still, it would require proper fitting and for the tolerances to be correct. I still think it would be better than nothing. Typically I see sets where the 3-5 irons are way too heavy, the 6 and 7-irons are about spot on, and then the 8-PW are way too light. So if those differences were less I think it would be beneficial to the golfer.

There are some versions of MOI matching used by OEM’s in the sense that the swingweight of wedges is much heavier than it is for irons. That’s because OEM’s understand that if you make a SW at a D-2 swingweight, it will feel way too light for a golfer.


How come none of the Tour pros do this?

Essentially, there are Tour players that can feel the difference but don’t know exactly what they are feeling. And the OEM’s don’t have any intention of bringing this to the forefront.


Why does MOI matching require 3/8” shaft increments instead of 1/2” increments?

It doesn’t. You can use either. The 3/8” increments make MOI matching assembly process easier. If I have fitted for everything else, I can often add only 2-grams to certain heads instead of having to add 8-grams in one head and 1-gram in another.

It also allows for a little more weight to be put in the heads in long irons and less weight in the heads for the shorter irons (I’ll get into this in a bit).

Fit for your 6-iron length. Use 3/8” shaft increments from there.


How does counter weighting affect the MOI?

The more weight added towards the head of the club, the more it increases the MOI. Here’s some scenarios:

Unlike swingweight measurements, if I add weight to the grip, the MOI does not go down. The MOI will go up, but very slightly (around 1/400th of a point per gram of weight added).

There are some arguments that MOI matching will produce heads that are too light or too heavy. Is this correct?

Partially correct when only MOI matching is performed. However, swingweight matching actually produces an even bigger discrepancy in head weight versus the rest of the components of the club. I will discuss this further in Part II.