The Tour comes back to Sea Island for the RSM Classic.

But first, I wanted to talk about The Golf Channel’s Driver vs. Driver Season 2 finale which saw the Cortex driver by Evan Hoffman win.

The show drew the ire of a lot of golfers after the disastrous first season which saw too much fluff, a bad selection of judges, a puzzling winner in the Triton which was outperformed, not enough hard data and then the Triton didn’t conform initially and came off like a weak design.

A friend of mine owns the Triton and I got to hit it out on the course. The big issues I had was the face was hooded severely and the sound was terrible. Almost like a ‘hitting a Molitor’ type of sound which is rather unpleasant. Don’t get wrong, I’m all about performance with a driver. But, I couldn’t stop hooking the Triton with the hooded face design and it didn’t out-perform drivers for me to overcome the sound.

And I wasn’t the only person that complained about the sound:

It didn’t help that they had Brian Urlacher as a judge. He seems like a good guy and all, but he’s a chop and using his expertise was virtually worthless. Roenick is a good golfer and a long time golfing fanatic and was a much better selection. So was Rick Shiels who brings 400,000 YouTube subscribers.

The en vogue thing to do these days is for some English golf professional to have their own YouTube channel and try out equipment in a studio with a launch monitor and show the numbers and get their opinion. This was popularized by Shiels and Peter Finch. While I find these reviews to be lacking because they don’t get into the nitty gritty of CoG location, heel-toe and crown-to-sole MOI along with true lofts, etc……I find that Shiels does the best job of the bunch and he has his hand on the pulse of golfers that regularly buy equipment along with understanding the technology behind equipment.

Season 2 got off to a bit of a rough start. While I can appreciate Tim Clarke playing the role of the uncompromising critic, saying that you cannot market technology that people cannot see makes a President of a company look bad. Having worked in marketing and advertising departments for 15 years (albeit in the analytics side), the job of those departments is find ways to market aspects of the product to make them appealing to the customer. We cannot actually see the ‘Twist Face’ Technology, but TaylorMade still marketed it to show what it is about and present it as an advantage over other designs. Just like I cannot see Callaway’s ‘Jailbreak Technology’ (hell, I don’t even quite understand it), but Callaway has marketed it as Jailbreak Technology = Ball Go Far and that’s how I got interested in testing out the Callaway Rogue SubZero driver and I now own that model along with the 3-wood.

But the key point is that this season it was about performance. It wasn’t about alignment aids on the driver which reek of Game Improvement style models as any decent golfer will tell you that alignment aids on a driver really don’t help a player hit it more accurately. And that was a step in the right direction for Wilson.

And yes, I do believe that there’s still room for better performing drivers in the industry. Here’s a video from BeBetterGolf at the MyGolfSpy laboratory showing that the popular TaylorMade R7 from 2007 is inferior in performance from the TaylorMade M1

A lot of that has to do with the M1’s design replacing titanium with carbon fiber and moving the CoG around to create more of a high launch, low spin driver.

They told us back in 2007 that drivers couldn’t really improve and yet they are clearly going much further today with some changes in design philosophy.

Also, I think this is a good move for Wilson in terms of creating a better product just because I think it’s easy, for as brilliant as many of these designers are, to get stuck in a bubble where philosophies tend to meld together as one.

Anyway, DvD 2 came down to four interesting designs that each had possible advantages from a design standpoint that could greatly produce an advantageous performance.

I know a lot of viewers did not like the attitude of designer Jimmy Huynh, but understand that the Magnus was his baby and it’s difficult to take people criticizing your baby. Also, the odd look probably had to be kept in tact or the driver would not perform like it was designed to perform. And it did register the highest smash factor numbers and tested out to be the accurate on the Iron Byron due to it’s symmetrical bulge design.

Now, the smash factor numbers can be skewed due to Trackman having difficulty reading club speed numbers correctly. Trackman is notorious for reading club speeds too slow because it reads too much towards the heel which is traveling at a slower rate than the toe of the clubhead. Supposedly, the Magnus has more of a ‘bulge’ in the back heel section of the club and that may have caused Trackman to read the club speed even more closer to the heel…thus producing readouts of slower than actual club speed numbers and higher than actual smash factors.

But, the accuracy on the Iron Byron couldn’t be denied. And if the Magnus was truly out-performing the other drivers…while Huynh could have used a better tact in dealing with this…he has a point. This isn’t and should never be a beauty contest.

As I always say, people though the Ping Anser putter was gaudy when it first came out, but they learned to love the look when it was performing much better for them.

The launch pad was designed by AeroSpace Engineer, Jeremy Chell. The idea was to be able to pop open the crown of the club and to be able to easily change the weights inside of the head.

The advantage of this idea is that it allows more of a change in the CoG location of the club head and to be more precise with where the CoG is located to fit the golfer’s swing.

CoG location is CRITICAL in fitting for a driver. I tell people that you should first fit for a club head with a CoG location that fits your swing the best. If you’re a high launch player, the last thing you want it is a spinny head design. The shaft can help counter that high spin, but it can only do so much.

The problem is that you may not find a head that has a CoG location suitable for you or you have to go to a high-end brand agnostic fitter like TrueSpec Golf in order to finally find that head that fits you. And it still may not be the best fit.

With the Launch Pad design, this would allow for any player to be able to get the CoG location precisely where they want it to fit their swing (theoretically).

The problem was that the hood on the crown that opens up kept popping off. And Wilson felt that they couldn’t make a club in time that would not break. And I question if they would ever be able to figure out how to do that using the current design. However, if they were able to get the design to work, it would be very appealing.

The Rozwell driver was designed by Tim Slama, an engineering student at Oregon State University. 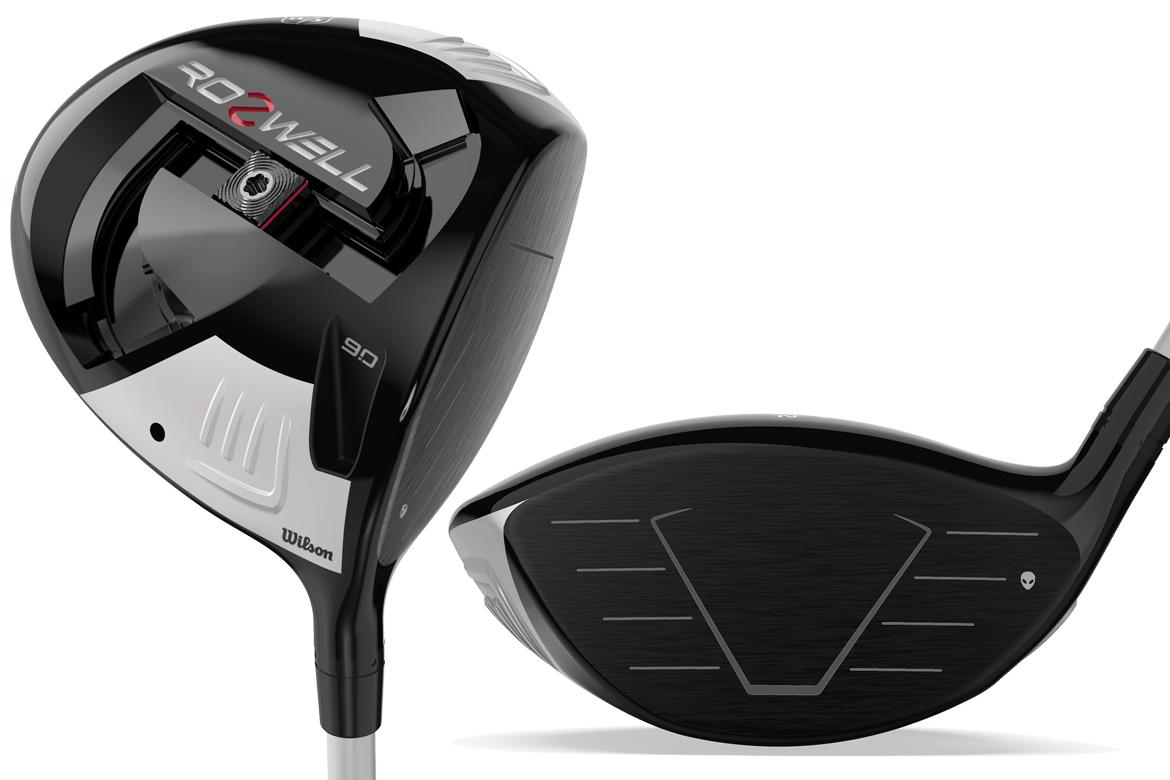 The Z Track sole is designed to allow the golfer to have more range to adjust the weights to change the CoG of the club. What the judges liked about the Rozwell is that it had shelf appeal when the customer looks at the Z-Track, but had a classic look when they turn the club around and lay it down on the ground. The Rozwell also featured Trabecular technology that was supposed to work with properly dampening the vibration to the golfer’s arms and elbows.

The problem was that the Rozwell was consistently about 3 mph less in ball speed and had issues on toe hits. 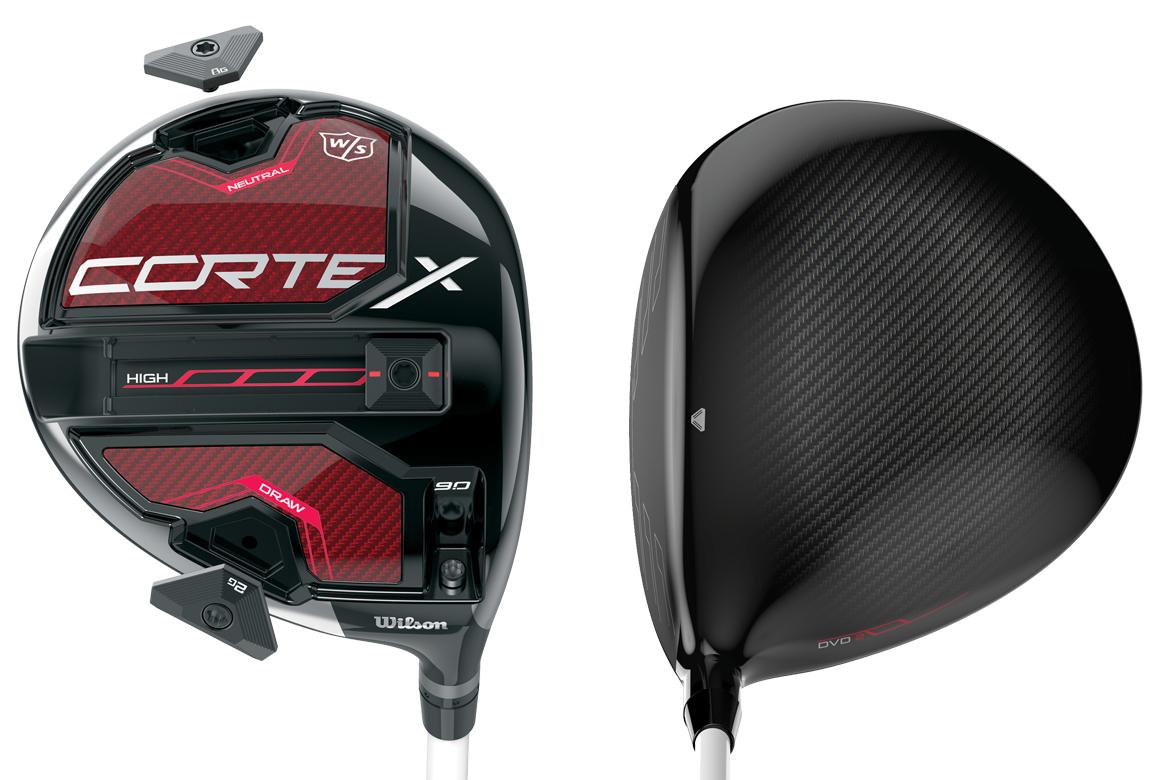 The Cortex is more of a modern design style. The difference is that the Cortex designed used more Carbon Fiber than many of the top designs. The Carbon Fiber is lighter and they can take the titanium and put more of the titanium in certain areas of the head to get the launch performance characteristics that they want.

The Cortex also features a very long weight track so the golfer can slide the weight considerably to the back of the club which will increase MOI, launch and spin if needed. There are also two weight ports, one of the heel and one on the toe. Wilson provides a 2 gram and 8 gram weight and the golfer can add weights if they want more of a fade or a draw bias or they can place two 8-gram weights on both ends if they want the head to feel a little heavier.

In the end, the Cortex had everything Wilson was looking for. It had the looks on the sole for shelf appeal and on the ground for a classic looking shape. It had the right sound, it had good adjustability, it had the performance and it was ready to go off the shelfs immediately without any further tweaking of the design or working out additional kinks.