What may seem like downright shilling for his site, I’m genuinely amazed by what I learn each week on David Orr’s Flatstick Academy Web site. While the putting results are still a work in progress, the key term is ‘progress.’ Rome wasn’t built in a day and guys like Jimmy Walker and Aaron Baddeley just didn’t wake up one day with that ability to putt. But, the point of this series of posts is to find that ‘Billy Baroo’ and not only am I improving my putting stroke mechanics, but I’m starting to learn more about finding that putter that will help me best fit a putter to my stroke and allow that putter to become the ‘Billy Baroo’ in my bag.

From my research in statistics on Tour, I’ve found that putting from 3-15 feet matters most. And if you want to refine it even more, putting from 5-15 feet matters the very most. Occasionally you can get that good putter that struggles from 3-5 feet. But, that’s more the exception than the rule.

But what I see out of the best putters is that they tend to show up on the greens that have the lowest make percentages like Pebble Beach and Riviera. Torrey Pines has a low make percentage, but the course is so long that it often times counts out long hitters. However, great putters like Brandt Snedeker and Ben Crane have had success and Tiger has dominated the course (Jason Day won there this past season and he’s an excellent putter as well). And what these courses have in common is more undulated greens.

One of the things that David has discussed on his site is the different kinds of strokes one can employ by how they ‘power’ the putting stroke. I have decided to start using a ‘lead side’ stroke and as David has pointed, it tends to favor making right-to-left breaking putts. There’s a tendency to push the left-to-righters and if a player struggles with the right-to-left breaking putts, it’s likely that it is due to an under-read of the putt. With AimPoint, I don’t worry too much about under-reading a putt.

And having practiced a lot of clock drills, I’ve found that I am more likely to push those left-to-right putts:

The only difference in my clock drill is that I use 10 golf balls instead of 4. It really helps determining the differences in the break.

Well before I got into David’s site, I had felt that the best putters on Tour were the best at making break putts, particularly sidehill and downhill breaking putts. And that’s because the courses like Riviera and Pebble feature a lot of breaking putts.

After reading his articles on the Web site, it has only strengthened my confidence in that belief. It’s very likely for any type of stroke to have a bias to struggle on a certain kind of putt and I think the best putters have figured out how eliminate those biases while the other putters have started to compensate for their inability to make a certain type of breaking putt.

Obviously, I think stroke mechanics and practice are involved. But, I still want to find a putter that will make pushing those left-to-right putts less likely. With the Edel Torque Balanced putter, it’s fairly light (345 grams) it is a blade style putter, but it has the weight removed from the toe:

So I think in general it has features to make it less likely to push the putt. However, I believe that the grip (PURE Grips midsize grip) may be a little too large for my right hand which can cause some pushes.

Another great video from David was posted this past week with regards to putter fitting and the length and lie to fit a putter.

There were 2 things I didn’t know until now:

1. You need to fit for length by physical makeup the golf. Not only by height and wingspan, but also by the anatomy and flexibility of your shoulders, elbows and thumbs.

2. You can have a putter too short for you that causes your arms to be too straight and when your arms are too straight for your physical make, those straight arms can increase tension throughout your arms, shoulders and neck. I was only taught before that having the elbows flexed too much would cause tension and that ‘straight arms’ would reduce tension. But now David is showing that is often not the case.

It’s funny because I can pinpoint a lot of my putting issues to when I started to go with putters that were 34” or shorter and I used to putt better with 35” putters. The ‘straight arms’ putting was all the craze.

In fact, let’s take a look at these incredible putters and their elbow bend in their putting. 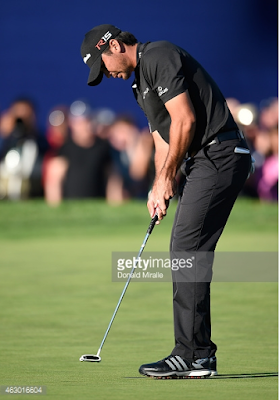 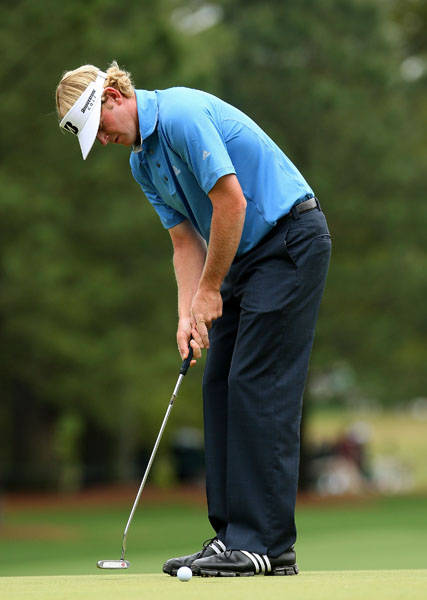 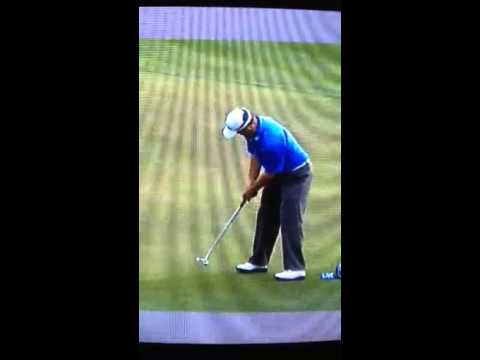 It doesn’t mean that the straight arms can’t work as we take a look at some of these great putters: 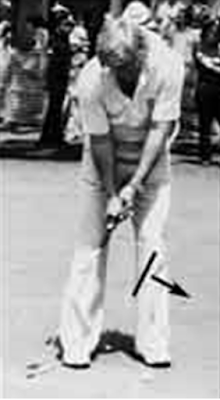 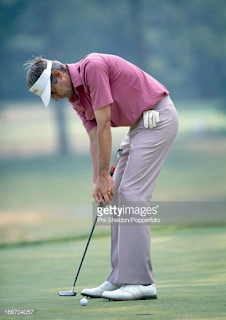 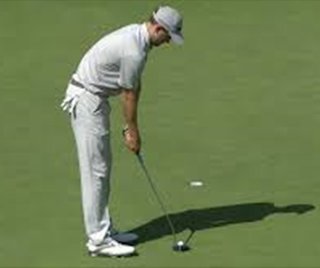 So, IMO, both styles can work, but the bent arm style is far more prevalent than the straight arm style which is contrary to what many instructors and instruction books are telling us.

What got me was that I never knew that straight arms could cause tension and it would explain my issues with getting yippy once I went to a shorter putter. Fortunately, David shows how we can fit length properly. Unfortunately, my putter is only 34” long and needs to be about 35” long (David showed fitting himself for length and he came out to 34” and he’s only about 5’8” or 5’9” tall). When I started to try and fit myself as he prescribes in the video, I had to stand a little closer to the ball. But once I did, the tension went away in my arms despite having more elbow bend.

So the next steps in finding the Billy Baroo may be getting a slightly smaller grip from the midsize PURE Grip and finding something about 1 inch or so longer.

If you need your ex-girlfriend or ex-boyfriend to come crawling back to you on their knees (even if they're dating somebody else now) you have to watch this video
right away...

(VIDEO) Text Your Ex Back?